World’s most softest Muslin Saree is available in our Amazon Store now !

Interestingly Indian handloom is a culmination of 5000 years of a rich heritage that has never been adequately recorded or documented in any significant form.

As we all know covid hit the whole world hard. Handloom is not an exception and still now the weaving community facing a real hard time. On this note “DMZ INTERNATIONAL” is committed to supporting the hand craftsmen with our limited ability.

We did a project where we pre-ordered muslin. Generally, ground-level artisans don’t have money to use a working capital hence they mostly work under traders and middlemen

The product is a 6.5 Mtr Muslin Jamdani fabric having a width of 46 inches. You can drape this fabric as a saree or you may hire a tailor and make dresses out of it. Here we invited the most experienced and most talented weavers & artisans from Bengal and pre-orders were made and we paid 50% of their payment in advance at the time of order placement and the rest 50% before delivery. 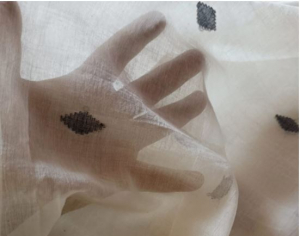 The 2nd part of the payment is the remuneration they earned. Getting that remuneration at once may get them some bulk amount so that they can kick-start their own venture. Generally, from middlemen or traders, they get remuneration in instalments hence that small amount went out for daily life needs. Our pre-orders helped them to get the amount in one shot so that they can use it as working capital. In this process, we are getting a most beautiful and soft muslin and we are also helping a group of muslin weavers to arrange working capital for an independent venture. In this project, the direct beneficiary will be 4 weaver families that mean at least 20 people will be benefitted. We must know that in handloom whole family other than kids need to work to achieve a textile. Banks and other financial institutions never monetized them, our one step can monetize them to operate independently and achieve financial independence 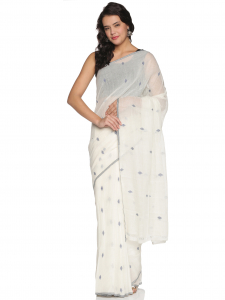 Real Muslin Jamdani Fabric/Saree what you can’t get in the market you can get it here…be the proud muslin Jamdani owner. If you really have to wish to collect a proper muslin for yourself then this is a golden opportunity for you.

• You have the chance to contribute to the financial independence of some marginalised and neglected artists of India.

Muslin is a cotton fabric of plain weave. It is made in a wide range of weights from delicate sheers to coarse sheeting. It gets its name from the city of Mosul, Iraq, where it was first manufactured. In the 17th and 18th centuries, Dacca in Bengal was regarded as producing the finest muslins. The most expensive fabric of ancient times that no one knows how to make! Approximately 200 years, muslin was the most precious cloth on earth! The best quality of muslin cloth is that as a 100% natural fabric you can breathe in it. The fabric is easy to sew, easy to wear, and easy to care for. Today, muslin’s value is in its versatility and it is used in everything from photography backdrops to cooking to surgical procedures. It’s made using the plain weave technique, which means that a single weft thread alternates over and under a single warp thread. 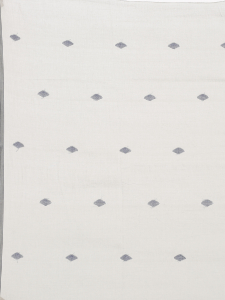 Muslin originated in what is now Dhaka, Bangladesh, with the first references to muslin dating back to the prehistoric period. Muslin was a valuable commodity, often worth the same as gold, and has been traded around the world throughout human history. European traders first discovered the muslin in Mosul, Iraq, however, hence the name muslin. 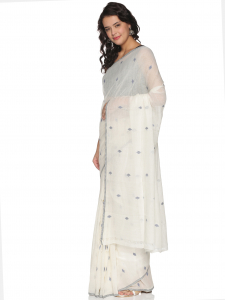 During British colonial rule in India and Bangladesh, muslin weavers were brutally treated and forced to weave other fabrics, while muslin was imported from Europe. Gandhi, the leader of the Indian independence movement, started spinning yarn himself to make khadi, a type of muslin, as a way to promote self-reliance and peacefully resist British rule. 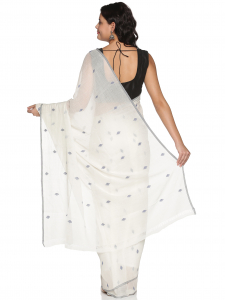 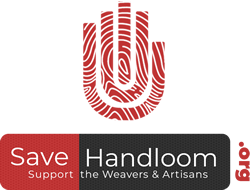